Summary: Achieving the right to health of LGBTI people

On 6 November, the LGBT Intergroup co-hosted a high-level hearing on the challenges and obstacles lesbian, gay, bisexual, transgender and intersex (LGBTI) people face in the field of health and healthcare, with a particular focus on HIV/AIDS.

Stigma and discrimination on the grounds of sexual orientation and gender identity on the one hand, as well as HIV status on the other hand remain rampant and mutually reinforce one another. It affects access to health services, and the outcome of treatment. Homophobia, transphobia and HIV-related stigma are correlated with late testing, less effective treatment of HIV, as well as longer periods of high infectiousness.

But how can policy address these barriers to ensure LGBTI people’s right to health? During this hearing leading European policy-makers, experts, LGBTI human rights activists and HIV/AIDS organisations discussed the dual and intertwined health and human rights crisis, and how it should be addressed. 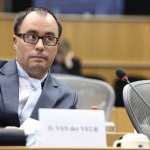 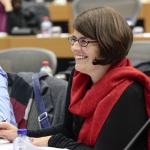 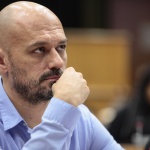 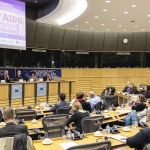 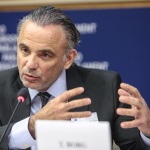 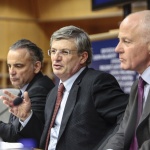 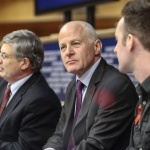 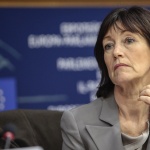 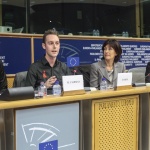 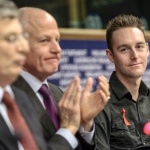 As first speaker of the hearing, Tom Hayes gave a powerful opening testimony on the stigma and discrimination experienced as a young gay and HIV-positive man.

European Commissioner for Health Tonio Borg discussed the work that the Commission has done already on combating discrimination and stigma in health, and highlighted the need to translate law into practice across the whole European Union. Furthermore, the Commissioner emphasised the work undertaken towards the depathologisation of transgender identities at the World Health Organisation.

UNAIDS Deputy Executive Director Luiz Loures explained we know how to tackle the virus, but are unable to tackle stigma and discrimination.  He emphasised the legacy of the LGBT movement as a driver of the fight against HIV. Furthermore, he emphasised the need for consistent leadership on addressing HIV and non-discrimination, and the role of the UN in this regard.

Dennis van der Veur of the EU Fundamental Rights Agency presented the results of the Agency’s large-scale EU LGBT survey. After outlining the areas where most discrimination is experienced, he also presented policy recommendations by addressing policy gaps that persist in healthcare, particularly for transgender people.

In his presentation Ferenc Bagyinszky of the European Aids Treatment Group highlighted the problems of late diagnosis and undiagnosed HIV, and presented data of the HIV and hepatitis C epidemics in Eastern Europe. He emphasised the need to address stigma in healthcare settings, and for education around prevention techniques.

Closing the second panel, Evelyne Paradis, Executive Director of ILGA-Europe, stressed the need to link the LGBTI rights movement to the HIV/AIDS movement. Furthermore, she presented policy recommendations to be addressed by the next Parliament and Commission.