On 5 March, the LGBT Intergroup held a seminar “10 years of LGBT rights: Successes, failures, challenges.” Under the chairing of Ulrike Lunacek, Co-President of the LGBT Intergroup, civil society representatives, MEPs and the EEAS discussed both concrete achievements of the last five years, and issues to be tackled after the 2014 elections. 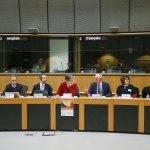 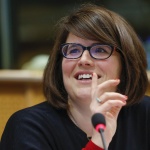 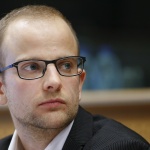 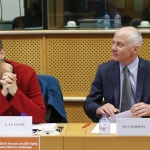 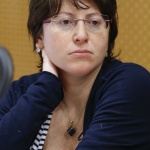 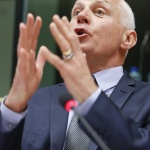 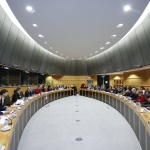 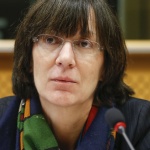 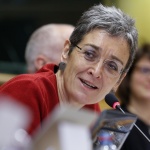 Opening the seminar, Ulrike Lunacek highlighted the importance of discussing LGBT rights in the context of the upcoming elections. Furthermore, she discussed the asylum directives, which were adopted this legislature and specifically cover sexual orientation and gender identity.

As rapporteur on the second revision of the Cotonou Agreement (the agreement organising relations between the EU and the African, Carribean and Pacific states), Michael Cashman spoke about the challenges to discuss sexual orientation and gender identity under the EU-ACP human rights dialogue.

Head of Human Rights Strategy and Policy Implementation division at the European External Action Service Elisabeth Tison spoke on the work of the EU in promoting and supporting the rights of LGBTI persons abroad. She specifically highlighted the important role of the  EU Guidelines to promote and protect the enjoyment of all human rights by lesbian, gay, bisexual, transgender and intersex (LGBTI) persons, which were adopted June 2013.

Ulrike Lunacek spoke on the recently adopted recommendation by the European Parliament to the European Commission and the Member States, which urges the EU to adopt a comprehensive Roadmap against homophobia and discrimination on grounds of sexual orientation and gender identity.

Closing the first panel, Bruno Selun, secretary at the LGBT Intergroup, gave an extensive overview of the work done on LGBT rights by the European Parliament and the Intergroup over this legislature.

Opening the second panel dealing with challenges for the upcoming legislature, Evelyne Paradis, Executive Director at ILGA-Europe presented a comprehensive overview of crucial themes to be tackled. She emphasised that in order to be succesful the key will be to work, even more than before, together with parties from left to right.

Coming from Transgender Europe (TGEU), Richard Köhler made clear that for transgender people a lot still remains to be reached. Whereas over the past 5 years, trans rights have been put on the agenda, discrimination is still widespread and only few countries offer legal protection.

Closing the second panel, Veronica Scognamiglio emphasised the legal gaps which are still existing, as, for instance, sexual orientation and gender identity are not covered by EU hate crime legislation. Nevertheless, she also pointed at the positive developments in many Eastern European countries, where pride activities have become more regular and accepted.

Press release: The most recent homophobic murder in Belgium is a shocking reminder of the progress we must do on LGBTIQ-phobia