Margrethe Vestager,Executive Vice-President for a Europe fit for the Digital Age

On Tuesday 2 March, the Media Council of the National Media and Infocommunications Authority (NMHH – Media Authority) has announced that it will launch legal proceedings against the RTL Hungary media group, following the airing of the Family is Familycampaign which aims to address discrimination against rainbow families.[1] The RTL Hungary media group is now facing sanctions for broadcasting LGBTI-friendly content. This is contributing to the chilling effect on media freedom and freedom of expression in the country, and to further discrimination against LGBTI people.

Over the last few months, Fidesz have significantly increased their attacks against LGBTI people. In 2020, the Hungarian government de facto banned legal gender recognition through an omnibus bill and amended the Constitution, which now includes a provision stating that heterosexual couples are the sole acceptable family model and that this should be based on Christian values. These latest developments were condemned in the recent resolution adopted by the European Parliament:[2]

U.  whereas legal developments in Hungary have severely hindered the fundamental rights of LGBTIQ people; whereas the adoption of Article 33 of the Omnibus Bill T/9934 de facto bans legal gender recognition for trans and intersex persons in Hungary, exposing them to discrimination and infringing their right to privacy; whereas in December 2020, the Hungarian Parliament adopted constitutional amendments which further restrict the rights of LGBTIQ people, neglect the existence of transgender and non-binary persons and restrict their right to family life, and a law that will strip non-married couples of the right to adoption;

Worryingly, the Media Council has been key in supporting the government’s strategy to dismantle press freedom and media pluralism in Hungary. As highlighted in the Hungary country chapter of the 2020 European Commission Rule of Law Report, “the independence and effectiveness of the Media Council is at risk (…)”, mostly because its five members were all appointed by Fidesz. There have already been several victims of the politically motivated decisions taken by the Media Council. Among them are the remaining Hungarian independent media, including the radio broadcast Klubrádió which, as you know, had to stop emitting on 14 February 2021.

Based on these new developments:

Media freedom is a key component of the rule of law, and hence EU common values. We call on you to investigate on this matter and to take action urgently.

Gwendoline DELBOS-CORFIELD, Vice-President, Greens/EFA & Rapporteur on the situation in Hungary 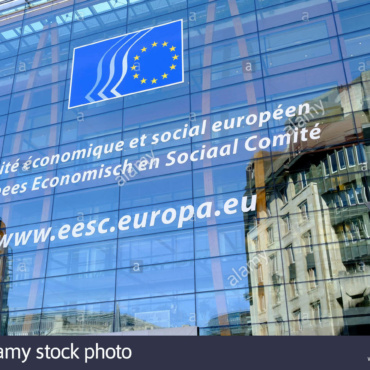