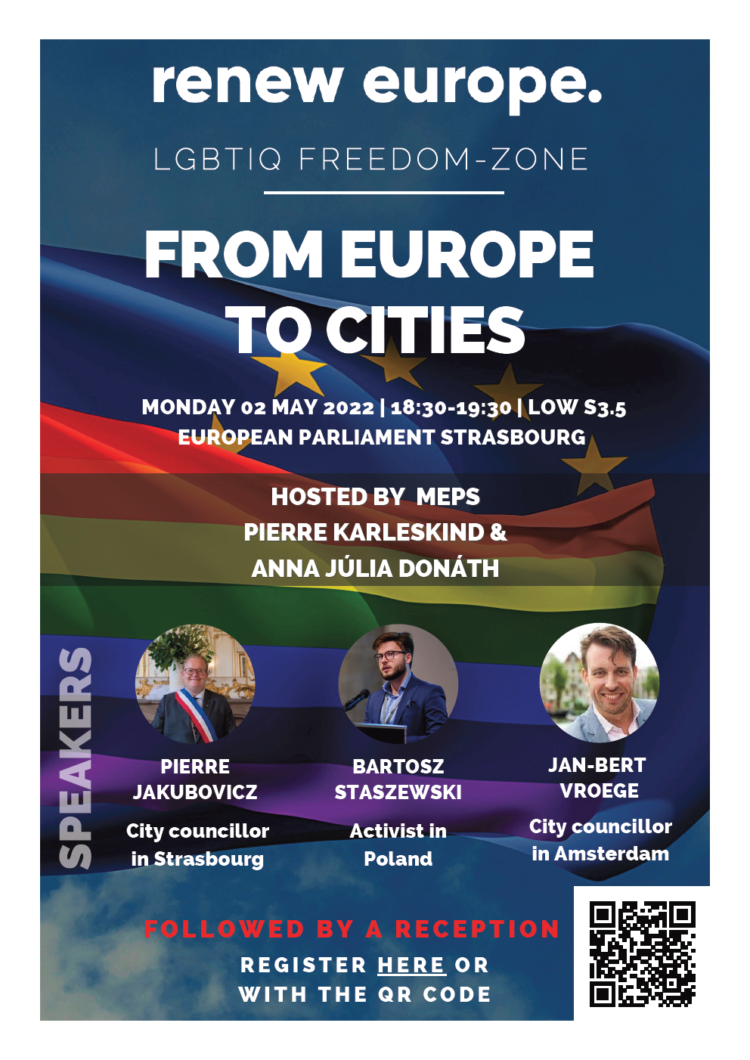 You are cordially invited to attend Renew Europe’s event:

“In response to the backsliding of LGBTIQ rights in some EU countries notably Poland and Hungary, and at the initiative of Renew Europe, the European Parliament declared the EU to be an ‘‘LGBTIQ Freedom Zone’’ in a resolution adopted by a large majority of 492 votes in favour in March 2021. This resolution proved its success! Since then many municipalities in Europe declared themselves at LGBTIQ freedom zones and around half of LGBTI-free zones were cancelled! One year after, on the occasion of the 1st anniversary of this important resolution, it’s time to take stock of the situation and discuss with local actors, municipalities and activists how that Resolution impacted and helped them at local level.”