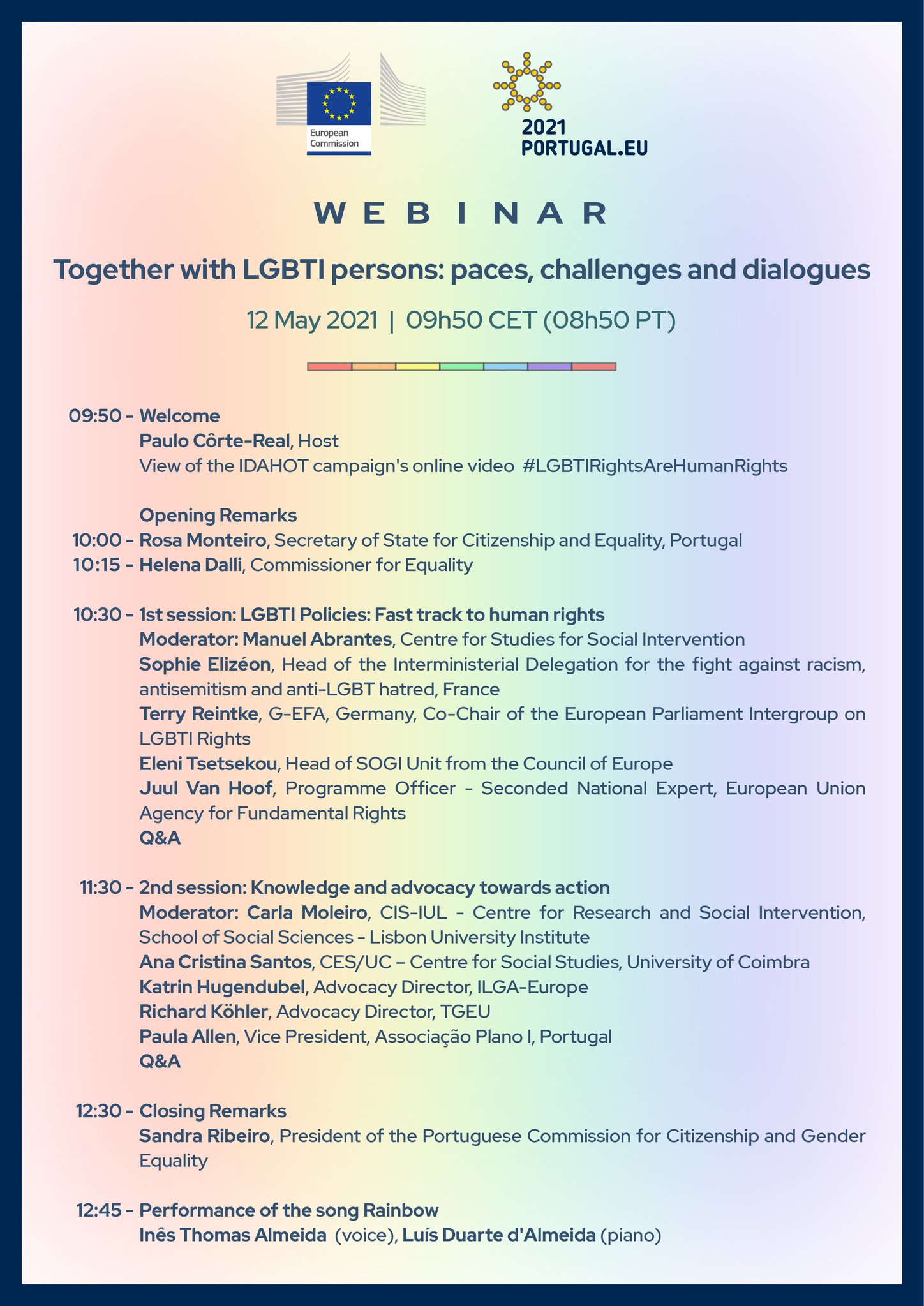 The Portuguese Presidency of the Council of the European Union will be organising the online event “Together with LGBTI persons: paces, challenges and dialogues” on 12 May.

This webinar aims to create an opportunity for debate and focus on the needs and the rights of LGBTI persons, revealing the importance of International Day Against Homophobia, Transphobia and Biphobia (IDAHOT) and reaffirming the commitment to combating discrimination based on sexual orientation, gender identity and expression, and sex characteristics.

The event will be live-streamed on the social media accounts of the Portuguese Commission for Citizenship and Gender Equality.