Yesterday the European Parliament adopted a non-binding resolution on justice, freedom and security in Europe. The resolution contains strong wording on the free movement of all families. 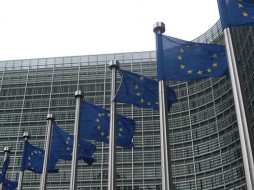 In its report on the mid-term review of the Stockholm Programme, the European Parliament criticised the European Commission for its failure to fulfil a previous pledge that it’d facilitate free movement for all families.

The Commission has pledged it would propose an EU law to facilitate the mutual recognition of the effects of civil status documents.

Civil status documents (like birth or death certificates, marriage certificates, etc.) aren’t automatically recognised from one Member State to the next. As a result, citizens may find it impossible to justify their civil status.

This matters for same-sex couples or transgender persons, whose marriage certificates or ID documents aren’t necessarily recognised by other Member States, despite their validity and legality.

When travelling from France to Italy, a same-sex couple and their child may be considered two single individuals with an orphan. This can cause problems in situations such as in a hospital, or at school.

The Parliament has asked the Commission “to pursue existing plans to issue a proposal […] for a regulation on the mutual recognition of the effects of all civil status documents in the EU”.

In the eyes of the Parliament, this will “eliminate discriminatory legal and administrative barriers for both male and female citizens and their families who wish to exercise their right to free movement”, and “allow EU citizens and residents and their families to retain throughout the Union existing rights attached to civil statuses already legally recognised in several European jurisdictions”.

Raül Romeva i Rueda MEP, Vice-President of the LGBT Intergroup, commented: “The Parliament has now voted, at least a dozen times in the last five years, to say it wants true equality in freedom of movement for citizens, and all their families. This is fully respecting the treaties and Member States’ sovereignty, and will add to the EU area of freedom, security and justice.”

“I can promise you we’ll keep demanding this during our next mandate.”

Monika Flašíková-Beňová MEP, Member of the LGBT Intergroup and previously Rapporteur on Fundamental Rights in the EU, added: “It isn’t freedom of movement if your civil status literally evaporates at the border of one Member State. Whenever a civil status is already legal in one Member States, others must recognise individual this for individual situations.”

“This won’t introduce same-sex unions into countries that don’t want it at the moment—the EU cannot do this. This is respecting the sovereignty of Member States where these unions exist.”

Press release: Hungary – LGBTI Intergroup asks for clarification in Plenary from the Commission on breaches of EU law following the law adopted by the Hungarian Parliament