Backlash against LBT women in Poland : state violence and exiting of the Istanbul Convention

Backlash against LBT women in Poland : state violence and exiting of the Istanbul Convention 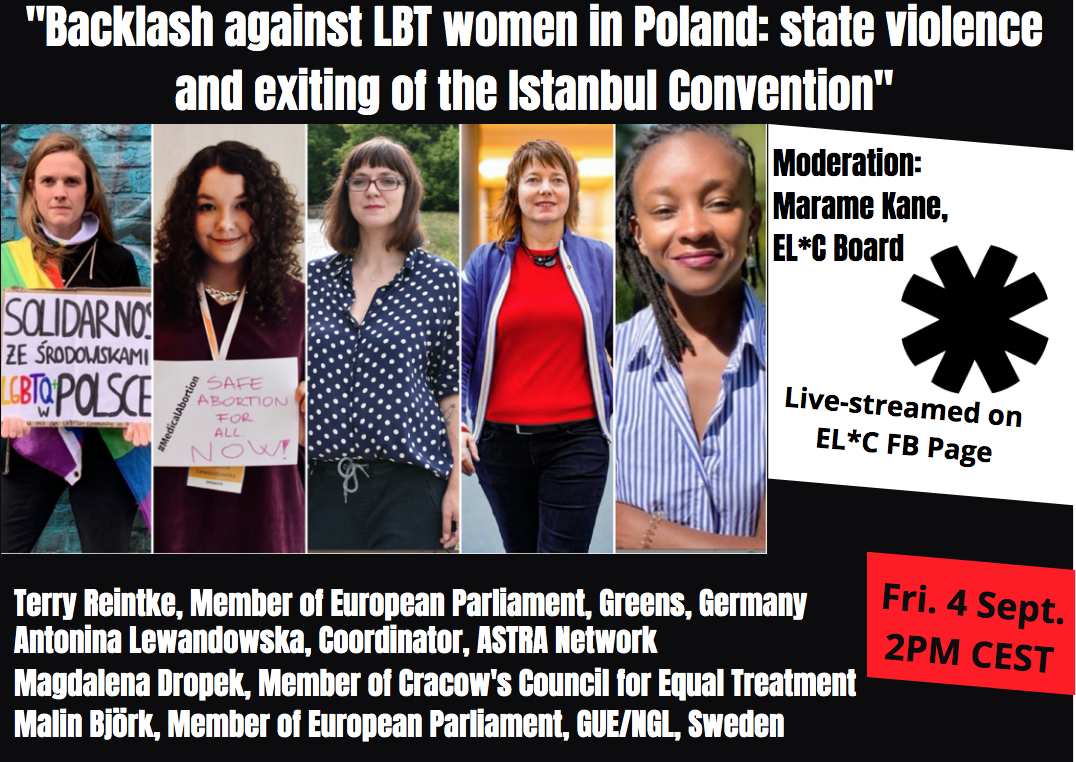 So-called “anti-gender backlash” movements have been spreading and rising across Europe, and resulting in a polarisation of pro-rights progressive countries on the one side and countries clinging to patriarchal, conservative and nationalistic values that they label “traditional and pro-family” on the other. What seemed at first to be a resistance to embracing human rights values, is now dangerously shifting into a proper back-sliding of human rights and democratic values. The Istanbul Convention has become a major battle ground and the sad illustration of this phenomenon.

This event, organised by the EuroCentralAsian Lesbian* Community, will count on the presence of the following speakers: