Intergroup writes to Member of the Cyprus Parliament on homophobic remarks

Update: Andreas Themistocleous MP responded to our letter, asking that his response be made public. His letter is included at the end of this post. Read the Intergroup’s second response.

Co-presidents of the Intergroup wrote to Andreas Themistocleous, Member of the Cyprus Parliament, on his recent homophobic remarks.

Cc: Eliana Nicolaou, Commissioner for Administration and Ombudswoman;
His Excellency Mr Andreas Mavroyiannis, Permanent Representative of the Republic of Cyprus to the European Union

It has come to our attention that on the 26th April, you publicly stated that “just because there exist among us paedophiles, people who practice bestiality, necrophiliacs and other criminals, should the state legitimise their status too?”

We find this reasoning illogical, inaccurate and profoundly worrying. It is improper and deeply mistaken to compare relationships between two consenting adults to illegal deeds such as necrophilia or paedophilia. We, as well as associations for the rights of lesbian, gay, bisexual and transgender people worldwide, unreservedly condemn these practices, which have nothing to do with relationships between consenting adults.

Cyprus, like the twenty-six other EU Member States, is a forward-looking society which, we believe, seeks to protect all of its citizens’ rights. Elected parliamentarians have the duty to protect their citizens, including by refraining from hate speech and harmful comparisons. Joining widespread reactions from the Cypriot civil society and international non‑governmental organisations, we call on you to withdraw these remarks and apologise for them.

We would like to draw your attention to the fact that five other Member States, including with deeply religious populations such as in Portugal, did enact same-sex marriage; and fourteen Member States also have laws allowing same-sex unions—yet none of these have seen a rise or a legitimisation of the crimes you mentioned. Why would Cyprus be any different?

I do appreciate and respect that you are sympathizing with your co-mates here however, before declaring your opinion with the promptness and ease you recently did, regarding what allegedly came to your attention, and considering the minimum seriousness and responsibility imposed by your position, you should ask for the whole discussion’s content and not be based on what has been thereof deceitfully and skillfully detached from it by some people, in their attempt to allegedly compose what came to your attention.

Additionally, an attempt for a minimum seriousness, would be proved by sending the letter to me too, since I am the one you are addressing it to, before its being published and suspended on your website, avoiding thus my being informed through a newspaper and its journalist, against who I already issued defamation claims (libel) since 12 May 2010, because they denied to withdraw defamatory publications, as asked by my lawyers through a letter dated 6 May 2010.

Therefore, what is attempted to be done with your rushing to interfere by making public this letter in an inadmissible and unethical manner, considering its ever objective is, on the one hand to cause my vilification  and on the other hand to put forward, eventually, legal grounds to dismiss the accusations on me as drafted by the newspaper’s columnist said.

As far as the core problem is concerned, namely my opinion about the homosexuals’ rights and their request to the Republic of Cyprus to enact their marriage or cohabitation agreement and since I respect my beliefs and I never deny to openly state them, they are clearly expressed in a relevant article that has been published in the daily newspapers and it is here attached.

As far as the rest of your letter’s content is concerned, I have the following remarks to make:

Europe has experienced every form of totalitarianism, fascism, Nazism, communism, it has got through two worldwide bloody disorders and an inhuman cold war and I am convinced that it has well secured the right to free expression, judgment, criticism and censure for each of its citizen, politician and officer.

As I recognize and fight for your right to have and express an opinion about all issues and all counties, I suppose that you also recognize the right I have to express my belief on all issues, at least on those closely related to my country, especially when the handling and the decisions for those issues fall within its exclusive jurisdiction.

As you evoke the countries that have enacted either the same-sex marriage or the cohabitation agreement, I could also evoke some of those being the first to have adopted them and then also granted the right for children adoption, resulting today to the decriminalization of bestiality, or the creation of a pederast party.

Otherwise stated, what I would like to mention is that the effects and consequences of changes of such vigour, occurring in well-timed social institutions of aged thousands years, cannot be either observed or calculated neither from the one day to the other nor from the one year to the other. In contrast, many years or maybe decades are required. The said argument is put forward, despite the fact that I could evoke other countries which, according to my belief will never adopt the same-sex marriage or the cohabitation agreement.

I suppose that as members of the European Parliament, you are well aware that the EU member states, apart for their responsibility, being successfully assumed by many far before their becoming EU members, to protect their citizens without excluding homosexuals from arbitrary interventions in their personal and private life from unfair treatment and from racist behaviours, they are not obliged to adopt the same-sex marriage or the cohabitation agreement and render either the one or the other their social institution and model, being politically, legally and morally legalized.

As far as Cyprus is concerned, and to the best of my knowledge from my so far experience as a member of the Parliaments, Values and Ombudsman Parliamentary Committee as well as member of the Human Rights Parliamentary Committee, I know very well that during the last years no accusation has been reported regarding an unfavourable discrimination or an unfair treatment or a racist behaviour or an arbitrary intervention in the private or personal life of any Cypriot or community citizen, due to sex or sexual orientation. This can be verified not only by the tens thousands of your fellow-countrymen and fellow-citizens who live and work here but also by the well-organised embassies of your counties.

Your generalized theory that, the EU countries and societies should adopt your terminology, rhetoric and argumentation and satisfy all your additional requests in addition and above your human and social rights, or else they are in danger of being characterised as homophobic, racist, anachronistic and regressive, is an unacceptable incrimination of any other thoughts on the matter as well as a serious and real danger of penalization of the political process and adoption of an altered and obscene fascism. The said theory decreases and devalues our intelligence, it does not respect the multiple character and the right to be different in the EU, offends the national, social and religious traditions, reduces fundamental and political rights as well as the dominant right of each country to designate and define its social institutions, democratically decided by itself.

I suppose that, in Cyprus as well as in your countries, an MP’s action is based on each country’s constitution and legislation and is not subject to the approval or consent or tutorship of anyone else, whoever the latter may is, even if he or she is a member of the European Parliament. The only thing worth drawing the citizen’s and generally the people’s attention and respect to is the MP’s political speech and political action.

It is hard to identify the right according to which you had the audacity to call a European citizen and especially an MP to withdraw its statements and to apologize for his beliefs and opinions and the even worse and bigger audacity to set limits, conditions, ways and presuppositions for the exercise of his rights and responsibilities.

Your demand is profoundly anti-democratic and offends the meaning of democracy itself, of the political freedom and ideology, the indefensible and consolidated right of free expression as well as the duty of a member of a Parliament to express himself, as he deems right, about all the issues of great or little importance of his country.

As you may have noticed from the above-mentioned, I belong to the political thinking school, requiring the politicians not to get stunned with running the risk to be criticized by whoever anyhow; such politicians are required to neither mince their words nor hide their real positions and intentions neither, being petrified with fear; instead, they are required to observe facts they are responsible for as per their competencies, to occur, either by watching passively or even more frustratingly, by participating consciously or not, being “useful idiots”.

My duty and responsibility as an MP, as I perceive it of course, greatly exceed any costs deriving from unethical attacks, defamation and improper characterizations, obscene taunts or even insults.

As a consequence, considering by conviction that in a mature and complete democracy clear opinions are a healthy requirement of the political process, I make clear to you too officially and predicatively that, should the issue of same-sex marriage or cohabitation agreement arises in a public discussion, I will fight and work hard by any legal and democratic means to prevent its approval. The Democratic Rally Party, for which I am an MP as well as an Institutions, Control and Public Life Commissioner, has already unanimously decided and publicly declared against the same-sex marriage and cohabitation agreement as well as the children adoption by the homosexuals.

Finally, I also approve the EU Officers’ declarations opposing to discriminations against homosexuals, but as the EU has itself decided through its bodies, the non adoption or recognition of the cohabitation agreement or the same-sex marriage is not considered to be neither a human rights’ violation nor an unfavourable discrimination and it depends on the member states to adopt or not the same-sex marriage or cohabitation agreement.

The only thing that I am sorry for, is that I do not have and I am practically unable to adopt your own experiences, your own ways of inspiration, your visions, your methods, practices and tactics, your own convictions and aspirations.  Each single person has the right to have his own cosmic theory and philosophy, to compose and reconstruct his own political ideology, to express his opinions and beliefs without restraint and finally to enjoy the supreme right to fight legally and democratically for their protection, expansion and prevalence.

If in any case you consider that by the present letter or through the attached article, I violate any chart or manifesto or convention on human rights engaging the EU or the Republic of Cyprus, being an EU member state, I would be really happy to meet and discuss with you in the competent court’s room, following your own initiative and actions.

Postscript: I take the risk and estimate that the European Idea and the great aim of the European integration will be in great risk if their accomplishment undergoes the decomposition and destruction of national, social, religious and cultural identities and characteristics of the EU people and their subsequent crushing and devastation. 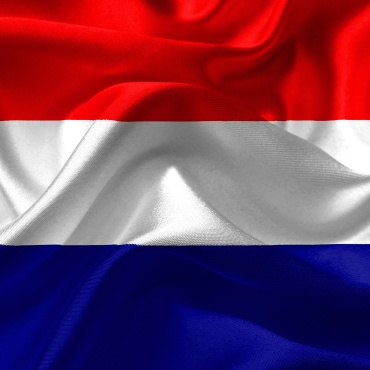