Budapest Pride took place on 6 July in the Hungarian capital. The parade was overall peaceful, but numerous right-wing activists were posted alongside the route and threatened or physically attacked a few participants. 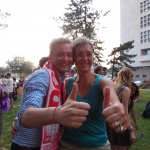 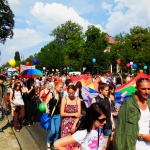 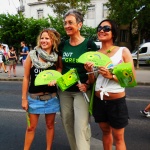 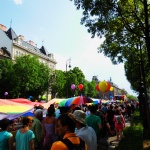 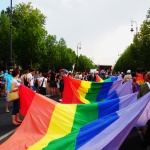 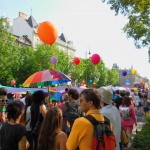 Whilst last year’s Pride was attended by 4,000 people, this year marchers totalled 8-10,000 participants. The police protected marchers by cordoning the event off from the rest of the city.

Dominika Milanovich, one of the Pride organisers, stated that “the police protected the march itself, but had some problems protecting those who left. But it was a peaceful march, and the atmosphere was simply amazing.”

This was confirmed by this video, which forced Budapest police to review its earlier claims that the parade had been entirely incident-free.

The video shows right-wing activists chanting ‘Fucking faggots’, followed by the physical aggression of a participant. Tibor Derdák and János Orsos, two local figures in the field of education for Roma people, explain to the camera they were attacked, and later asked for their own identification by the police while the aggressors were let free.

Ulrike Lunacek MEP, Co-President of the LGBT Intergroup, also said after joining the Pride: “Walking in this march in the centre of Budapest with so many people is a clear sign out there that LGBT rights are for everybody.”

“Our common European Union is based upon the values of freedom, diversity and equality and that is what the people marched for in Hungary today.”

“It’s highly regrettable that the police is still unable to protect marchers properly after the event, when this aggression took place. Thankfully, they were held to account; I hope their inquiry leads to the arrest of these thugs.”