On 13 November, the Intergroup on LGBT rights hosted a discussion on the topic of sexual orientation, gender identity and religion. The event discussed progressive approached by some religious leaders towards LGBT persons.

The dominant discourse nowadays tends to present as mutually exclusive the rights of religious believers on the one hand, and the rights of lesbian, gay, bisexual and transgender (LGBT) people on the other hand.

Yet, every day millions of LGBT people marry their faith with a sexual orientation or gender identity different from the majority’s. Believers represent a diverse range of beliefs and feelings, sometimes very different from messages of condemnation from high religious authorities.

Speakers at this event discussed how these two fundamental aspects of human identities can be reconciled, and what lessons they hold for peaceful European policy-making in the field of human rights.

‘Hear Me Out’ Video

The event featured a 5-minute video with personal testimonies of religious lesbian and gay people from around the world. The video is produced by the Euroregional Center for Public Initiatives, in partnership with the European Forum of LGBT Christian Groups and the Global Justice Institute of the Metropolitan Community Churches. 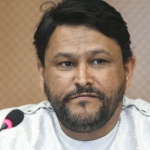 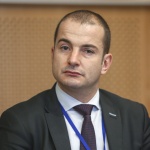 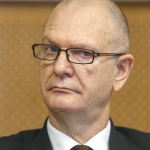 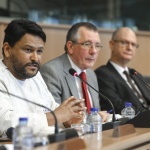 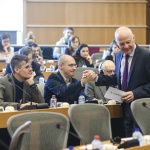 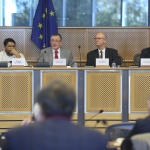 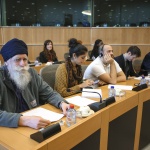 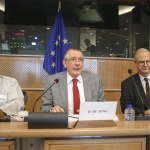 Opening the seminar, openly gay Imam Muhsin Hendricks dealt with the question of how to reconcilie Islam with gender identity and sexual orientation. He addressed the need for an Islam education with the tools to talk about sexuality, in order to combat ignorance.

In his presentation, Mark Barwick presented a new report by Human Rights Without Frontiers: LGBT People, the Religions & Human Rights in Europe. In spite of what a polarised debate suggests, he argued that the values of freedom, equality and human dignity are the common ground of both religious believers and the defenders of LGBT people’s human rights.

Closing the seminar, Jean-Bernard Bolvin from the European External Action Service highlighted the work that has been done in the EU’s foreign policy to promote and protect both freedom of religion or belief and human rights regardless of one’s sexual orientation or gender identity. He highlighted that freedom of belief may never be used to discriminate or commit violence against LGBTI people.