Yesterday, the Danish Parliament voted a new regulation which will make it easier for transgender persons to see their preferred gender officially recognised.

By adopting this law, Denmark has become the first European country to delete the ‘Gender Identity Disorder’ diagnosis as a necessary requirement in the gender recognition process. 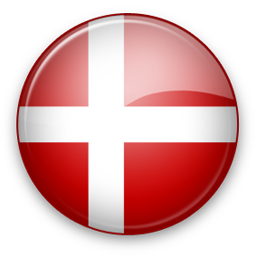 Other advances include the repeal of preconditions as compulsory sterilisation or any other surgical intervention. 13 EU Member States require transgender people to undergo sterilisation before their gender identity can be recognised.

A six month waiting period is still foreseen. Furthermore, gender recognition procedures are only available to persons aged 18 or older.

Dennis de Jong MEP, Vice-President of the LGBT Intergroup, reacted: “The Danish Parliament did something revolutionary, yet very sensible: It has made the persons concerned the sole decision makers on their gender and body, without any conditions imposed by the state.”

“Finally a European country recognises the right to self-determination for transgender people and I encourage all other countries to follow Denmark’s example.”

Sirpa Pietikäinen MEP, Vice-President of the LGBT Intergroup, added: “Denmark took the Council of Europe Recommendations, which read that gender recognition procedures should be “quick, transparent and accessible”, and free from abusive requirements, very seriously.”

“I am very pleased that transgender people in Denmark will no longer be stigmatised as mentally ill, before seeing their felt gender recognised. In this regard, I encourage the Commission and Member States to continue their work towards full depathologization of transgender people in the World Health Organisation.”