Last week the LGBTI Intergroup-designate awarded the GO Visible (Get Organised and Visible) Awards at the conference of the International Lesbian and Gay Association, the worldwide federation campaigning for lesbian, gay, bisexual, trans and intersex rights.

Three organisations were awarded for their work for the LGBTI community.

Jesse Vilela from Sociedad Transgénero FTM Perú was awarded for the project No Tengo Miedo (I have no fear), focusing on the empowerment of trans men.

Anne Lim, Executive Director at GALANG Philippines, was awarded for the organisation’s work with lesbian, bisexual and trans women in the poor neighbourhoods of Manila.

CHOUF‘s President Khouloud Mahdaoui, received the award  for a project on cyber security of the LGBT Community in Tunis. 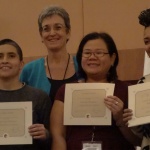 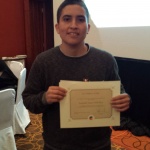 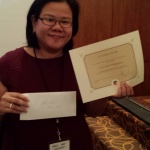 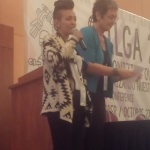 Ulrike Lunacek MEP, Co-President of the LGBTI Intergroup, reacted: “The GO Visible Awards  honour those activists that have the courage and determination to, everyday again, work for a world that respects diversity.”

“They often work in hostile environments. This award should help them to make their work more sustainable, to be able to continue the fight for a better and more just world where LGBTI people should not need to be afraid anymore to live their lives openly, in freedom, dignity and respect.”

The award consists of private financial contributions by MEPs.