In a ground-breaking judgement, today the Court of Justice of the European Union recognised freedom of movement for same-sex couples. 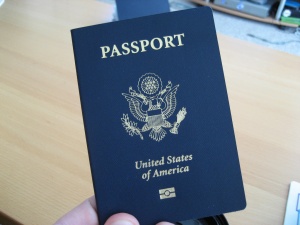 “The term ‘spouse’ within the meaning of the provisions of EU law on freedom of residence for EU citizens and their family members includes spouses of the same sex” says the Luxembourg Court in a press release published today.

The case was brought to the Luxembourg court by Adrian Coman, a Romanian-American national who married his partner in Belgium. After several years of living abroad, Adrian Coman moved back to Romania with his spouse. However, Clai Hamilton was denied a residence permit on the ground of family reunion, because Romanian law does not recognised same-sex marriages or partnership contracted abroad.

According to the European Court of Justice, a EU citizen who used their right to freedom of movement, moved to another Member State and established their family life there, should be able to return to their home country with their partner – including their same-sex partner they married in another EU state. Article 21(1) of the Treaty on the Functioning of the EU guarantees the right to freedom of movement for all EU citizens, and EU national cannot be subjected to stricter conditions than those laid in the Directive 2004/38. Since the term ‘spouse’ is gender-neutral in the Directive 2004/38, this therefore applies to same-sex couples.

Daniele Viotti, co-chair of the LGBTI Intergroup, said: “Today is a historic day. All families should benefit from the right to freedom of movement, guaranteed by the treaties of the European Union.

Adrian Coman and Clai Hamilton are only one of the many couples that have suffered from this discrimination based on sexual orientation. It is now clear: when a marriage is contracted in one EU state, it should be recognised in all other Member States. Same-sex marriage is no exception.”

The Coman case makes clear that freedom of movement may be restricted by a Member States, but under control  of the EU institutions. The measures must be proportional and compatible with the fundamental rights guaranteed by the Charter of fundamental rights of the European Union. However with regards to the Coman case, “the obligation for a Member State to recognise a marriage between persons of the same sex concluded in another Member State in accordance with the law of that state, for the sole purpose of granting a derived right of residence to a third-country national, does not undermine the institution of marriage in the first Member State, […] does not require that Member State to provide, in its national law, for the institution of marriage between persons of the same sex, […] and does not undermine the national identity or pose a threat to the public policy of the Member State concerned.” (para. 45-46).

Sophie in’t Veld, vice-president of the LGBTI Intergroup, said “While this calls for celebration, we must stress that much remains to be done for Rainbow Families in the European Union. Too few countries allow same-sex couples to enter registered partnerships, let alone marriage. These families remain unrecognised and unprotected by law.

It is now up to politicians to take the matter in their hands and introduce marriage equality soon”.

The LGBTI Intergroup will organise an event in the European Parliament on 20 June to discuss the aftermath of the Coman case.