HIV and hepatitis in Europe: no time for complacency, says MEP

To mark European Testing Week (23-30 November) and World Aids Day (1 December), Daniele Viotti MEP, co-chair of the LGBTI Intergroup, got a rapid HIV test inside the European Parliament in partnership with the Belgian NGO Ex Aequo.

“As the 30th anniversary of World Aids Day approaches (1988-2018), we can only celebrate progress that has been made to test, diagnose and treat HIV/AIDS” said Daniele Viotti MEP. “But we should not believe that our job is done. Access to testing is not uniform across Europe, and there is a growing epidemic in Eastern Europe, especially among key populations such as men who have sex with men (MSM) and trans people. That’s why initiative such as Testing Week are so important.”

According to the European Center for Disease Prevention and Control (ECDC), late diagnosis is a major issue in the WHO European region. The number of people living with HIV in Eastern Europe continues to be on the rise. Because of key populations and modes of transmission overlap, there is high prevalence of co-infection for HIV and hepatitis B and C.

In July 2017, the European Parliament called on the Commission to step up its response to HIV/AIDS, hepatitis but also tuberculosis epidemics, by adopting a comprehensive and integrated policy framework.

The European Commission since then published a Staff Working Document on “combating HIV/AIDS, viral hepatitis B and C and tuberculosis” and not a policy document as requested by the European Parliament.

“Access to HIV and hepatitis testing is only one way to reduce the epidemics”, commented Daniele Viotti MEP. “Now more than ever, we need the Commission to increase their political engagement and develop an integrated strategy to counter HIV, hepatitis but also tuberculosis epidemics in Europe. There is no time for complacency.” 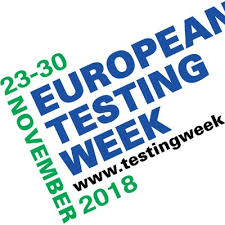 Testing Week is organised every year since 2015 to increase testing efforts and promote awareness on the benefits of earlier hepatitis and HIV testing. Hundreds of organisations participating every year, including the LGBTI Intergroup as a partner organisation.